How do you increase safety and situational awareness across operational borders at your airport? What do you do to reduce Air Traffic Control (ATC) workload and minimize the risk of human error caused by poor surveillance coverage in and around the gate and apron areas? Do you utilize existing data and technology at the gate to provide surveillance gap filler functionality to the airport ATC surveillance system? ADB SAFEGATE’s Advanced Visual Docking Guidance System (Safedock A-VDGS) is an example of a technology that helps secure time performance and provides operational benefits in an airport cross-silo environment.

For many years ADB SAFEGATE has provided solutions to the airport airside traffic community that span over several organisational borders. This is sometimes referred to as a cross-silo solution – providing improvement to several airport stakeholder operations at the same time. The airport operations environment encompasses a complex structure where a cross-silo solution may be the only way to solve issues that cannot be handled by a single organisation at the airport.

When gate areas are disconnected from the surveillance system, it inhibits the verification of departing aircraft ID, which would usually be matched to the ID presented (positive ID) in the surveillance system display. Without automatic system verification of aircraft ID, the responsible air traffic controller has to manually verify aircraft ID. This is a cumbersome process, which adds manual work and increases the possibility for safety issues if not handled correctly.

Utilizing this existing technology at the gate to provide surveillance gap filler data to the airport ATC surveillance system, is an example of how cross-silo solutions and data sharing can increase safety and situational awareness across operational borders.

Find out more about how Safedock A-VDGS can improve operations at your airport.

ADB SAFEGATE is a leading provider of intelligent solutions that deliver superior airport performance from approach to departure. The company partners with airports and airlines to analyze their current setup and operations, identify bottlenecks, and jointly solve them using a consultative approach that enables airports to improve efficiency, enhance safety and environmental sustainability, and reduce operational costs. Our integrated portfolio includes solutions and services that harmonize airport performance, tackling every aspect of traffic handling and guidance, from approach, runway and taxiway lighting, to tower-based traffic control systems, and intelligent gate and docking automation. ADB SAFEGATE has more than 900 employees in more than 20 countries and operates in more than 175 countries, serving more than 2,000 airports. 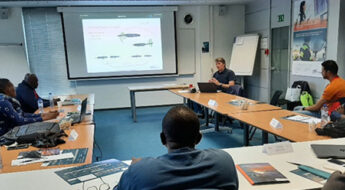 Training Academy ready for take off in 2022 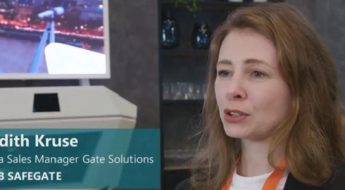 All your latest updates in your inbox! Sign up now!